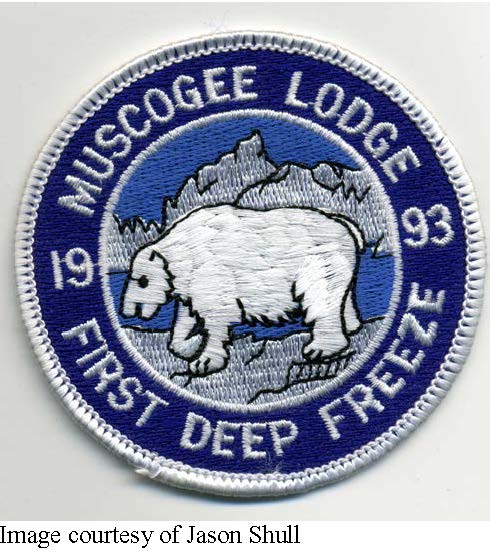 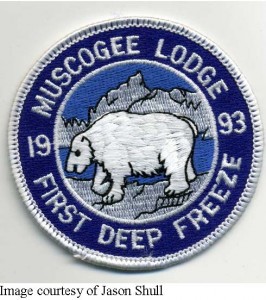 The weekend of March 12-14, 1993, was a great time to spend at Camp Barstow near Gaston, SC. It was during this Spring Fellowship that Muscogee held the dedication for the William B. O’Tuel Memorial Training Lodge named in honor of a past Lodge Chief and National Vice-Chief. The weekend was also a great “Spring” Fellowship because it is the only time in lodge history that it snowed during an event, and not just some flakes falling but some accumulation and sticking around.

This was the second fellowship I attended as a youth and I remember the dedication of the O’Tuel building and hearing stories of those that spent the night in the building both nights of the fellowship due to the cold. I stayed in my tent Friday night and remember waking up Saturday morning with my door zipper being frozen, I also remember there being more wooden benches in the Rec Hall on Friday night than there was on Saturday morning.

After the dedication and some fun in the snow many went home early Saturday afternoon, those that chose to stay were given the offer to sleep in the Dining Hall where large heaters had been setup and there was an endless supply of hot chocolate. During breakfast Sunday morning a friend came up to me and told me to make sure I signed the list; the best I recall there was a sheet of notebook paper floating around the breakfast line and everyone that had been there the whole weekend was signing their name. I didn’t know what the list was for but wanted to be certain my name was on it, some weeks later the lodge advisor handed me a plain white envelope with just my name written on it – inside was my Deep Freeze patch. Only those attending the entire weekend were given the Deep Freeze patches and they were personally distributed by the lodge advisor at the time, some are left in the lodge auction box and they consistently bring around $100.

I’ve heard that the design for the actual Spring Fellowship patch was the runner-up for the 1993 Dixie patch that Muscogee hosted the following month; either way the design had a premonition with all the icicles in the trees…yeah I know it’s Spanish moss but the icicles lends more to the lore. This is my personal recollection from the weekend and I welcome comments. 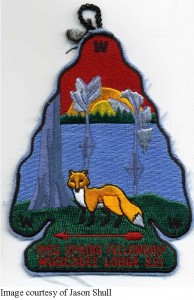 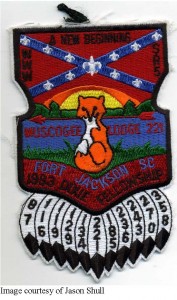