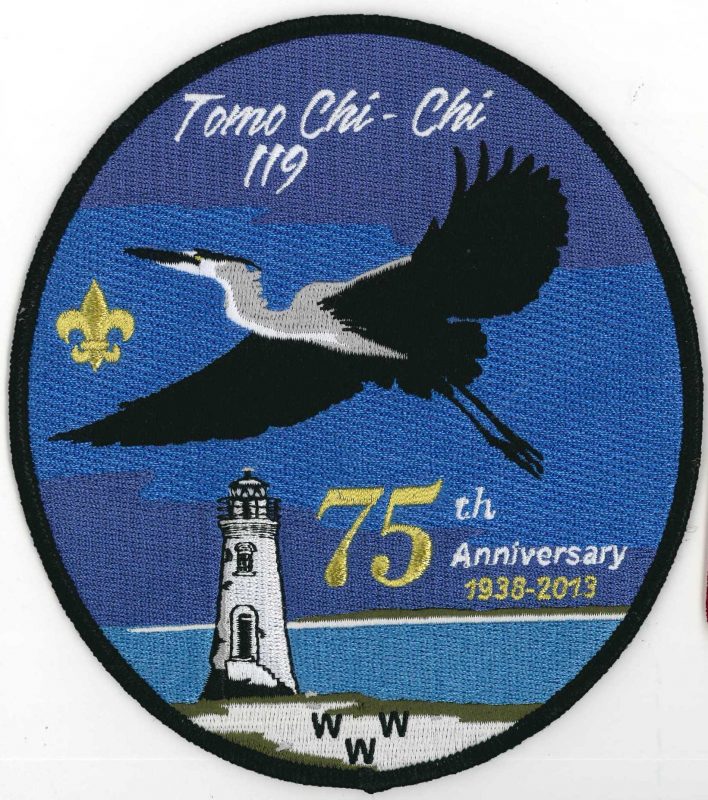 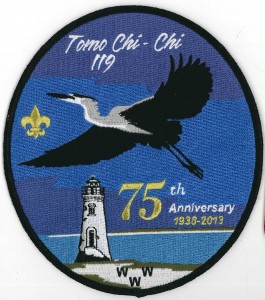 In preparation for the Tomo Chi-Chi Lodges upcoming 75th anniversary, it was suggested by one of the “lodge elders” that the lodge make both a jacket patch and a lodge flap. I leaned forward on this and contacted Todd Knaperek from Tsali Lodge who is a Graphics Artist and had done a lot of patch designs for Tsali Lodge and some other organizations within the section. He came up with both the S42 and the J1 design. The S42 has the Tybee Island Lighthouse in the left side of the patch, and the J1 features the Cockspur Island Lighthouse. The J1 was used as the basis of the 75th Anniversary patch, and the blue heron from the patch was also used as a 75th Anniversary pin. (Pictures coming soon) The design was very good, but unfortunately, the patch company that was chosen by the council office, due to them having the cheapest prices (and poorest quality), fell a little short and some elements of the design didn’t come out very well, such as the double black and white border. The patch was issued early in 2012, 18 months before the Lodges 75th Anniversary celebration. 200 jacket patches and 250 lodge flaps were made.