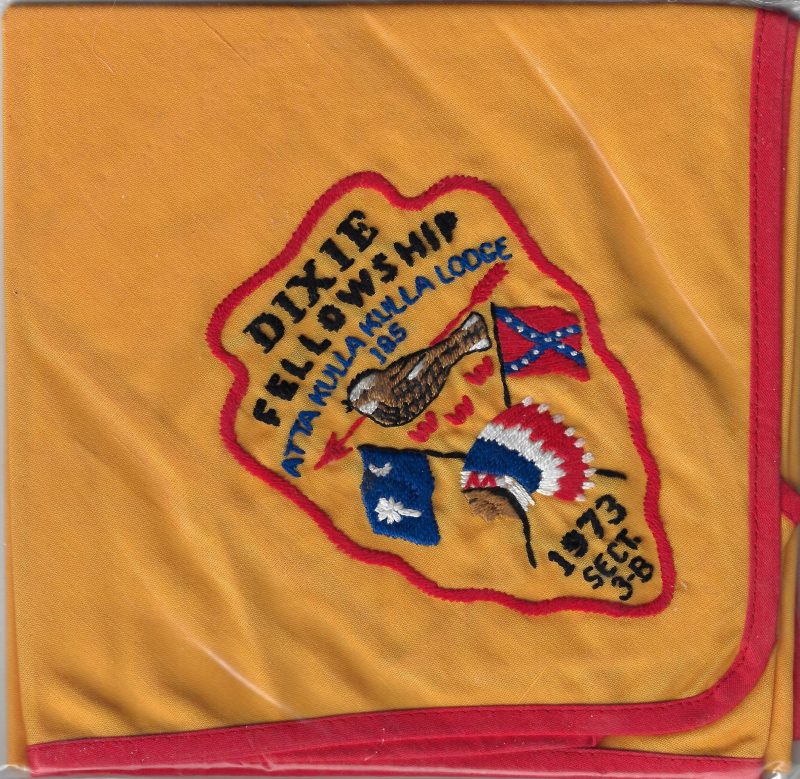 Many Dixie collectors were keeping their eyes on the auction featuring the rare 1973 Dixie neckerchief to see if she would hold her value. Let’s just say the question was answered in the affirmative. This n/c has a neat story for collectors. In 1973 the host lodge was pretty tight with their ordering of memorabilia. Specifically, they only ordered enough neckerchiefs to fill the demand for preorders that were received prior to the event. Since many collectors were used to being able to go up to the trading post and buy memorabilia during the event – this created a problem. In my home lodge of Santee the story goes that less than 5 were preordered for the entire lodge contingent. So nearly 40 years later this is one of the hardest n/c issues from the Dixie to dig up.