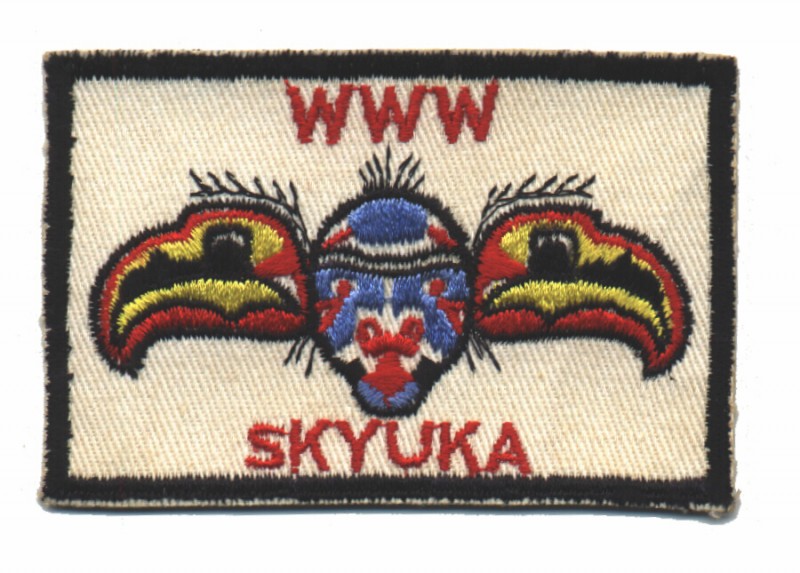 In June of 1934, the National Council approved the Order of the Arrow as an affiliate to the Boy Scouts of America. Palmetto Council, before this time, had incorporated two other service organizations known as KANAWA and KUNIEA. During or about 1944, upon suggestions by the National Council, Palmetto adopted the service organization now known as the Order of the Arrow.

After research into the cultural background of the area, it was decided the Lodge name would be SKYUKA. It would be named after an American Indian who escorted colonial soldiers through the woods of the Green River valley up through what is now Camp Bob Hardin (Previously Camp Palmetto), to the top of a nearby mountain where the soldiers surprised and defeated the unsuspecting Cherokees. Skyuka was later captured by Indians who cut out his tongue and left him to die on the face of a cliff.