How to tell the REAL Flap from the fake

In the past few days I have noticed on eBay a few of these FAKE service flaps being sold. The REAL flap that was issued at the 2003 Conclave is shown below.

You will notice that the flap has left and right borders that go all the way to the top of the flap. Like a Field Goal. This was the ONLY TRUE flap that was issued for 2003 Conclave Service. The Real Flap has a value $140-$150

The Fake flap, which has been being sold lately on eBay has a top border that goes all the across the top. The FAKE Flap is Shown to the right. Notice the top border. 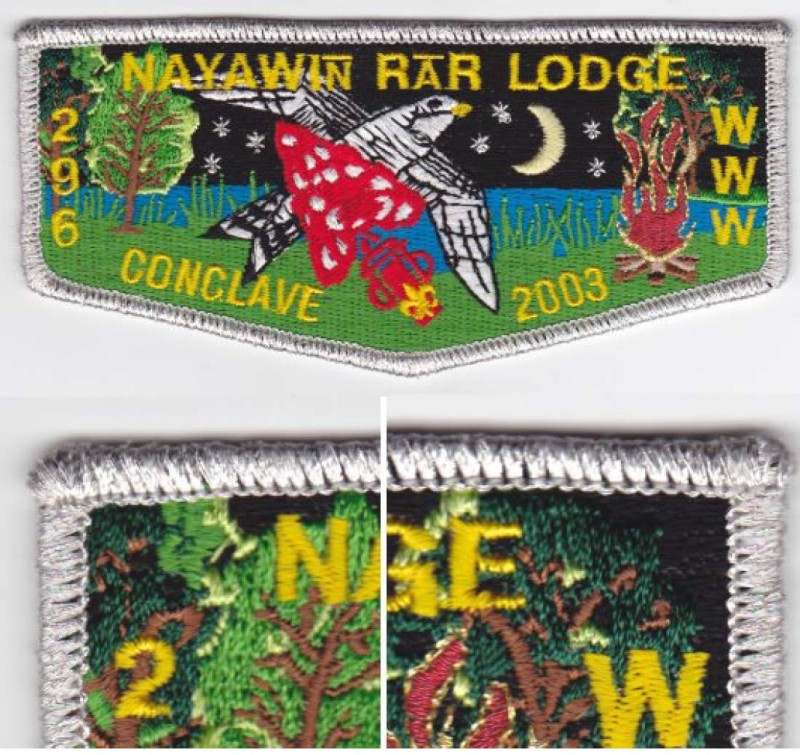 Make sure to see the top corners of the flap before you buy or trade for it.