La Fiesta With The Thunderbirds of Lodge 104 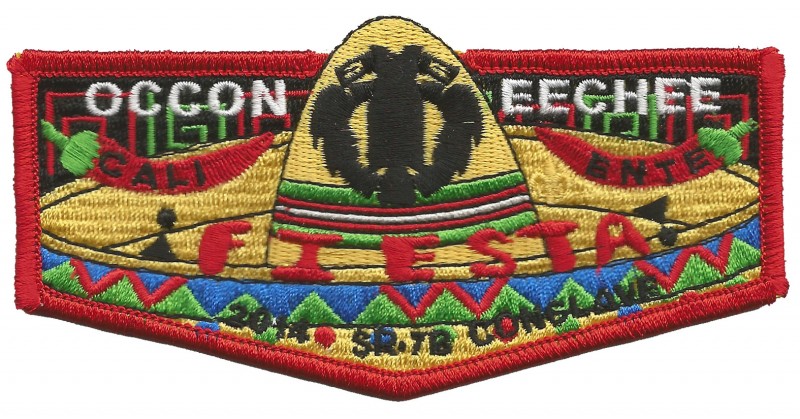 Occoneechee Lodge 104 will be utilizing the “Fiesta” theme for the 2014 Cardinal Conclave at Camp Bowers. The trader flap (S105) has a sombrero with two “red hot chili peppers.  "J  “Cali" on one of the chili peppers and “Ente” on the other pepper. Very loosely translated, this means HOT. Our thunderbird is one attractively hot totem! Stephen Frein, Lodge Chief did the design. These flaps were issued at Pow-wow in March.

The delegate dangle patch (X74) was not issued at Pow-Wow with the trader flap but will be issued to the Lodge’s registered attendees at conclave. The Occoneechee Thunderbird hot sauce bottle sports the theme, “Too Hot 4 You” and has a 10 ghosted in front of the 4 to complete the lodge number.