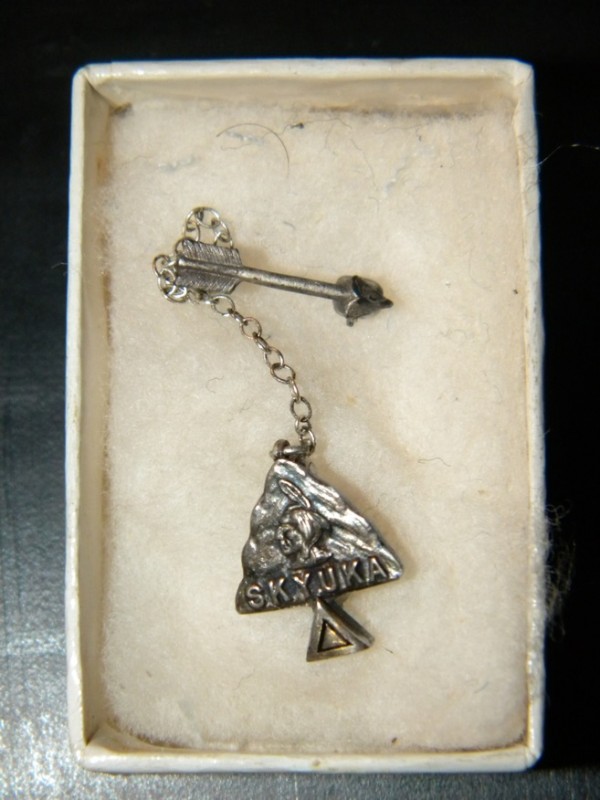 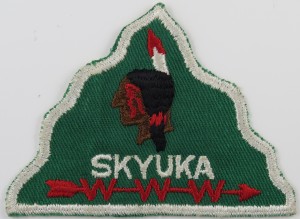 About 1950 the lodge decided to create it’s own unique "patch.” A committee within the organization was formed to develop an emblem. The first lodge patch was a green triangle with an outline of Skyuka Mountain on it.  It is commonly known as “The Indian on the Mountain”.  The first versions of this patch had two distinct red bands on the braid of the Indian’s hair.  There are at least 3 versions of this “Two Band” Indian on the Mountain.  They vary mainly in size and shape but the embroidery is not distinguishably different.   The other version is called a “One Band” and has only one distinct red hair band on the braid.  This version came out in the late 50’s and was the last run before going to pocket flap as the lodge patch. The Indian on the Mountain was an unrestricted patch that was sold to any lodge member for thirty-five cents per patch at the time. 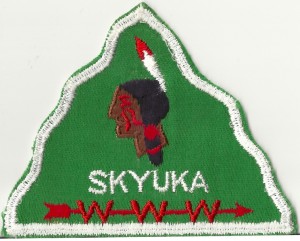 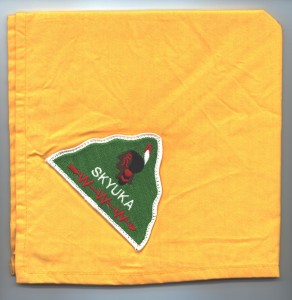 Vigil Honor members could buy a version sewn on a golden yellow or pale yellow neckerchief (both of these versions are extremely rare).  These were in use in the 1950’s with the patches. 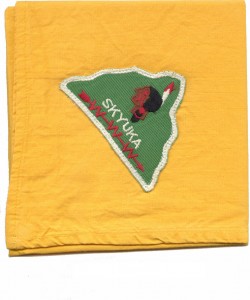 The rarest use of the Indian on the Mountain totems is the Lodge Caldwell Pin and the Lodge Caldwell Vigil Pin. There are only a few examples of these known to exist.  These were sold in the 1950’s about the same time as the patches and neckerchiefs. 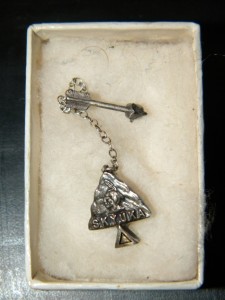